The steam engine itself lends a helping hand in sealing its fate - in the future, it will hardly ever be needed. It brought the coaches here. For their unusual use as a platform for the workers’ ladders. And these workers are continuing what their colleagues started in 1913 between Bever and Scuol. They are making sure that RhB can run everywhere on electricity from 1922.

It has to be said that the way men worked then would be inconceivable today. But it was a different age and improvising was the order of the day back then. Because World War I had abruptly stopped the electrification to then accelerate it again itself not that much later. There was not enough coal for the steam engines. RhB had to do something. Fast.

Thanks to support from the confederation and the canton, the financing was soon secured. RhB only had to decide which sections were next to be run on electricity. As the rail network in Engadin had already been electrified, the subsequent happenings were no real surprise. Because what would have been more obvious than to simply continue where electricity was already flowing? The corresponding section in the Annual Report of 1918 is correspondingly short:

“As Brusio power stations are currently the only possible supplier of electricity, the Bevers-Filisur section seemed the most sensible choice for the first extension as it can be powered with electricity directly from the existing transformer station at Bevers and, due to the great incline (this is 3.5 per cent virtually throughout from Filisur to Preda), a considerable saving of coal was to be expected.”

Sounds logical. But it wasn’t easy. Because it wasn't just coal that was in short supply. Other materials such as steel for the masts, copper for the overhead wire and porcelain for the isolators were very difficult to procure. So it is not really a surprise that the name of the game here too was improvisation. Instead of iron masts, they started to use wooden ones, or, more precisely, larch masts from the community of Zernez, “as masts grown at this altitude also promise a respectable life span even in a non impregnated state” (Annual Report 1918).

Today the procedure would probably be referred to as being “agile”. But back then there were hardly any other possibilities. The rest of the sections were fitted with masts and overhead contact lines correspondingly quickly. On 15 October 1919, the section to Thusis was converted to electric power. A milestone, when looked back on today. This meant that exactly 100 years ago, electric trains were running on the entire UNESCO World Heritage route for the very first time.

By May 1922, all sections were fitted with overhead contact lines. Particularly interesting: money had to be found to finance the electrification of the last section from Chur to Disentis. And once again, RhB opted for an obvious solution: it sold steam engines which it would soon no longer need. 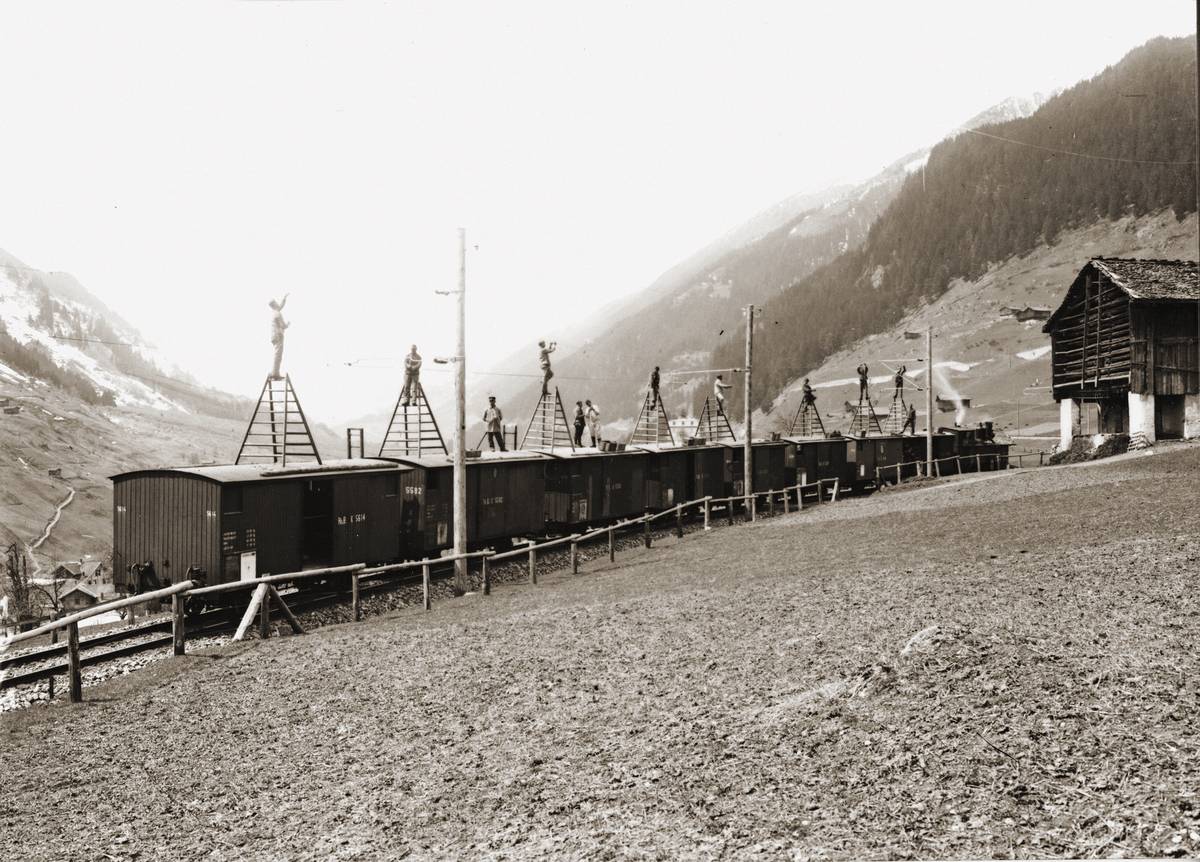 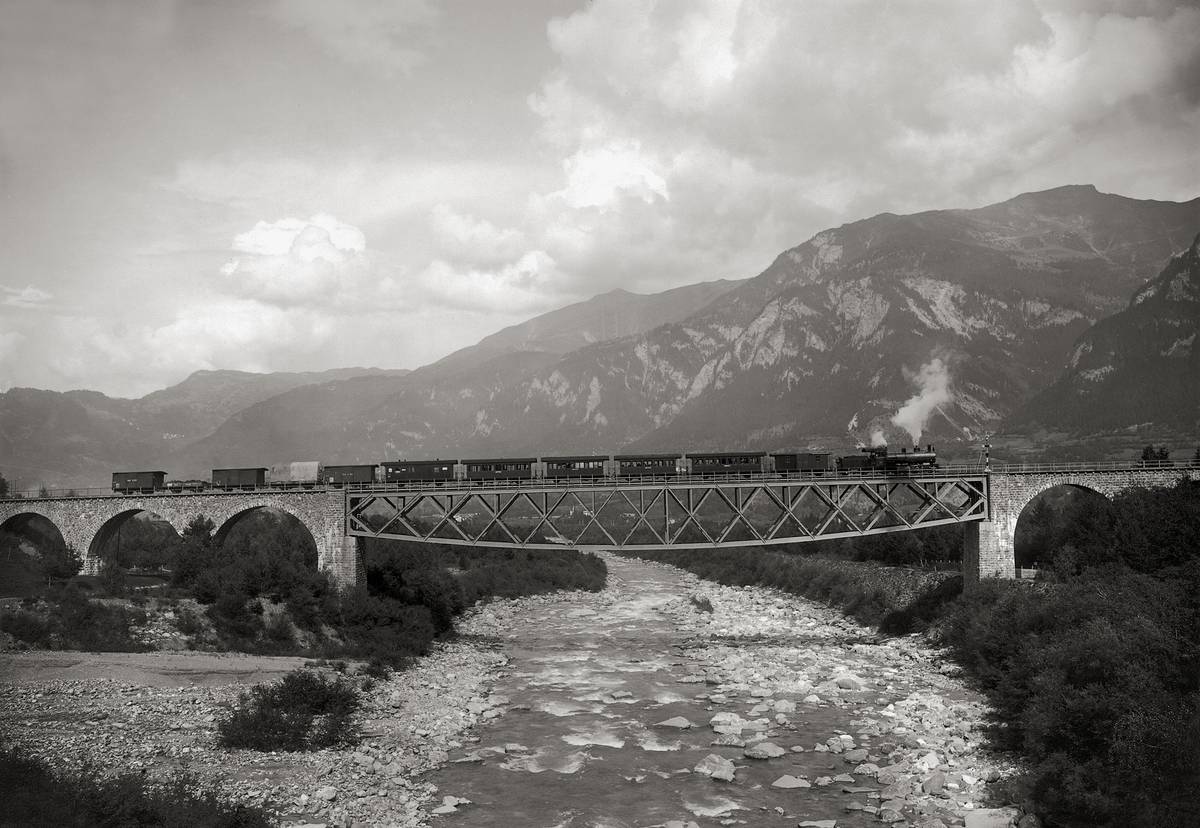 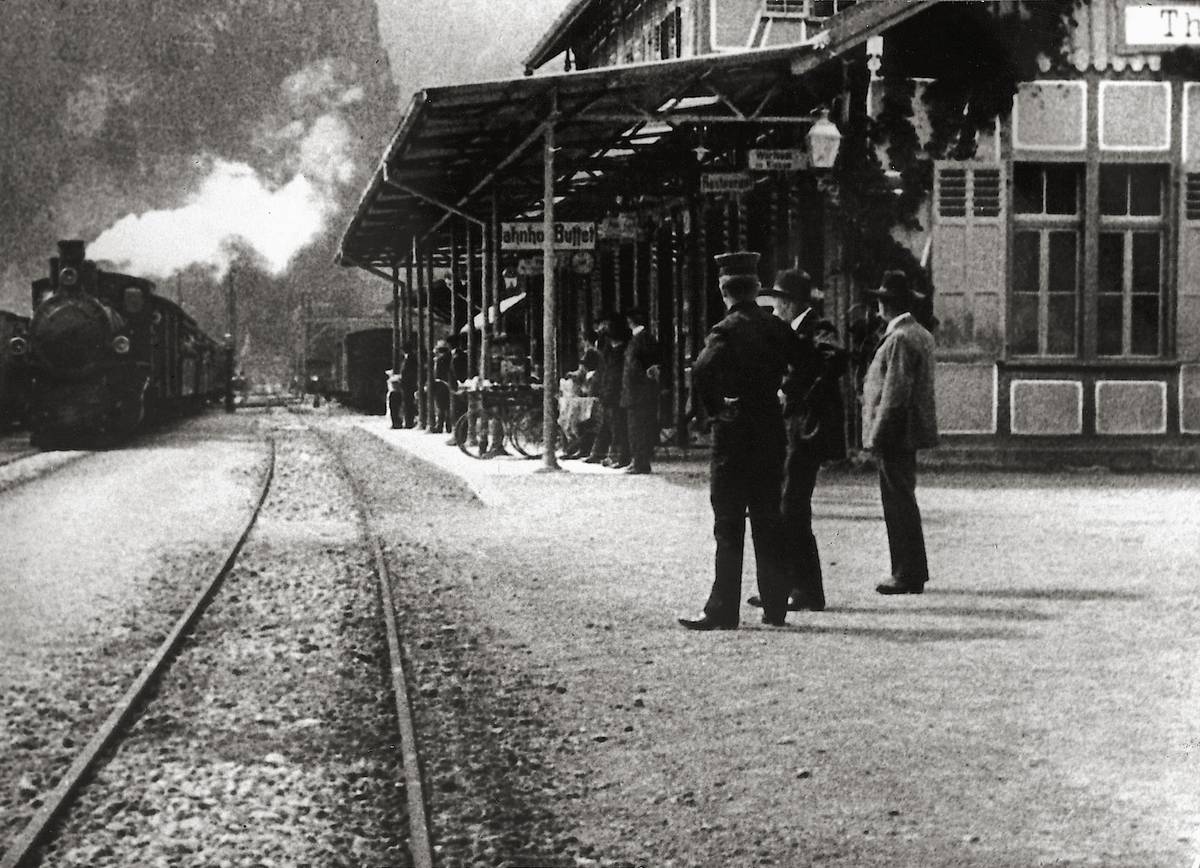