Trains in the design of the Bernina Express, a café called "St. Moritz" and all of it nestling in beautiful scenery - but not in Graubünden but in the Southeast of Tokyio.

There are friendships that last a few years and then fizzle out. And there are friendships that last a lifetime. These are more rare. And then there are friendships that last for generations. They are so precious that they cannot be appreciated and nurtured enough. And that is exactly the kind of friendship we are talking about here. It was the year 1912 and, in far-off Japan, a Mr. Handa, whose first name nobody can remember today, heard of a miracle in the Swiss mountains, of a new railway with 55 tunnels, 196 bridges and gradients of up to 7 per cent. A train that ran from Graubünden past glaciers into the almost Mediterranean climate of northern Italy. That was unheard of at the time and Mr. Handa, an engineer by trade, set out to see this miracle with his own eyes. On behalf of the Hakone Tozan Railway, he was looking for models of how to route a railway in the topographically difficult area of Hakone – a popular tourist region south west of Tokyo. And that is how the Japanese engineer ended up travelling around the world by ship and train to Graubünden. The system of the adhesion railway on the Bernina Line, which can easily overcome a height difference of 1,824 metres, convinced him straight away. He took the idea back to Japan and the Hakone Line was built on the same principle as the RhB Bernina Line – and the friendship began.

In every relationship, there are quieter spells, and the relationship between RhB and the Hakone Tozan Railway was to be no different. Not really surprising for that day and age: there was no Internet, no flights. Instead, there was a ravaging First World War which was followed by a monstrous global economic crisis and then a devastating Second World War to round it all off. Despite all these disasters, the friendship never quite cooled off and in 1979 it actually blossomed anew. The two railway lines swore blood sisterhood and the love between the two has never waned since. On the contrary. "Since that time, we have been exchanging technical railway knowledge and, increasingly, tourist experience," says Sebastian Blättler, Market Manager Asia-Pacific at RhB. "And to do so – and of course to nurture the friendship at the same time – we visit each other on a regular basis. The Japanese are coming here in a year and then the following year we will be visiting them in Hakone."

Back in 1982, RhB took two cowbells to Japan for the inauguration of Gora station. They are still hanging there to this day. Relationships have always been based on mutual respect, and, in 1984, signs with the station names St. Moritz, Alp Grüm and Tirano in Japanese script were added on the Bernina Line as a sign of the importance of the relationship. Since 1991, an RhB locomotive bears the inscription "Hakone" and the Japanese national symbol, the rising sun. In return, since 2009, an entire composition of the Hakone Tozan Railway has been running in Japan in a design that is completely in keeping with the Glacier Express. Furthermore, further lines deploy three coaches in the design of the Bernina Express. And in Gora station there is even a café called St. Moritz. 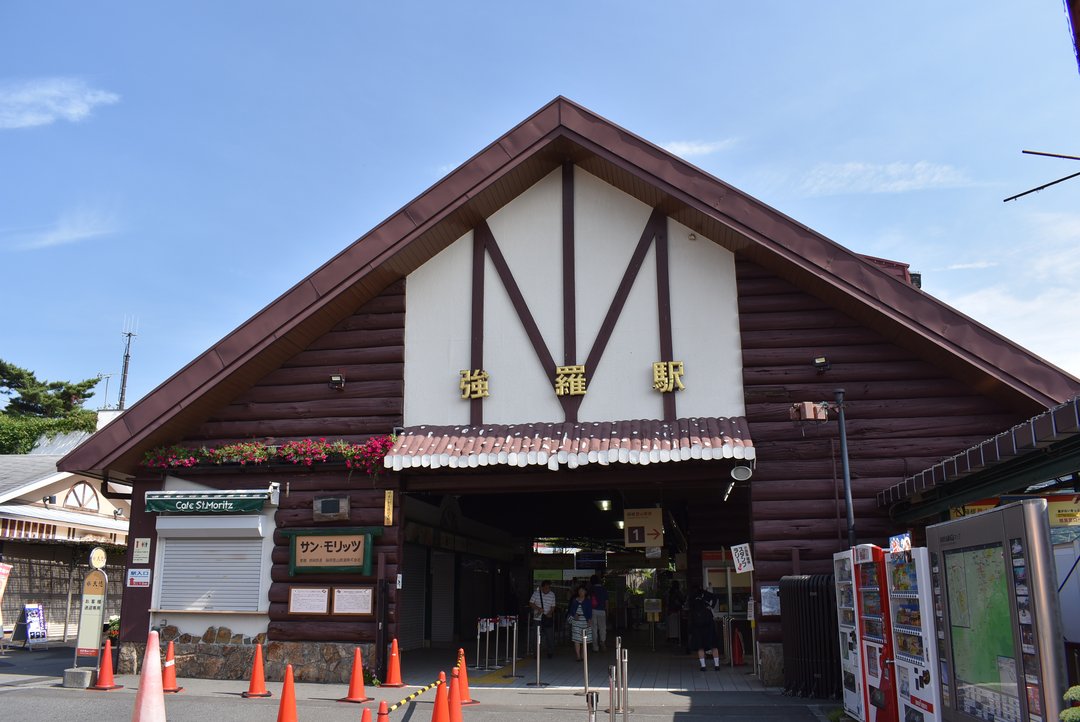 Honor to Graubünden: There is a Café 'St. Moritz' in the Japanese station Gora 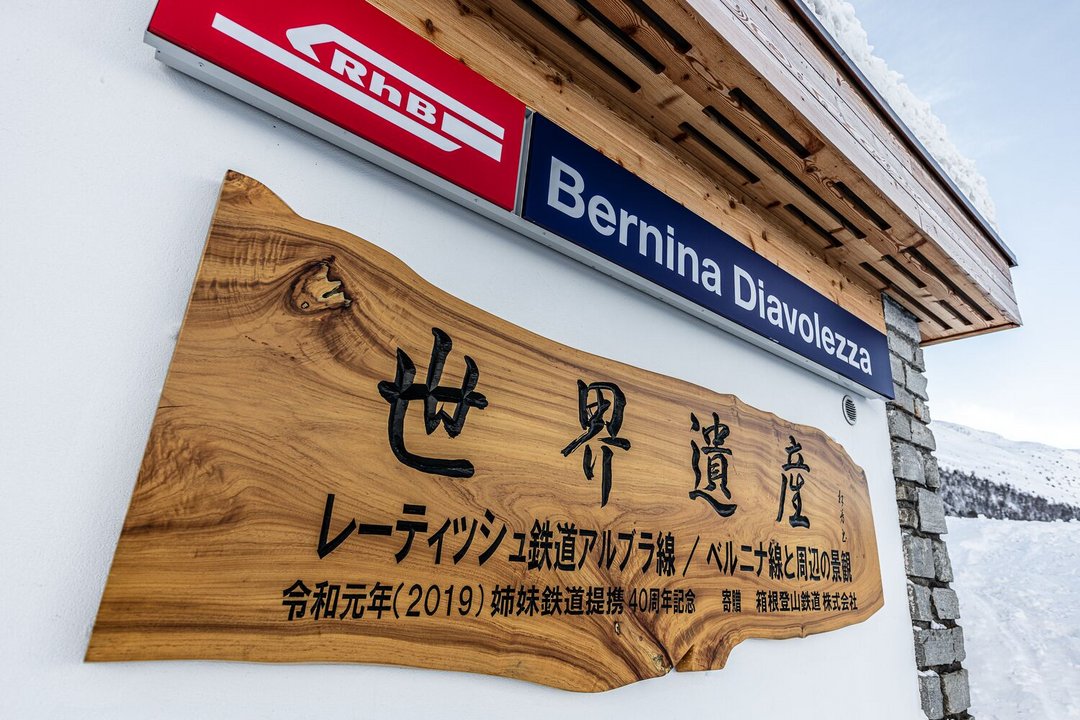 A taste of the original

But it’s not just about gifts and swapping stories, it’s also about added value for everyone involved. "Hakone is a beautiful area and has a number of similarities with Graubünden," says Blättler. Both regions can be reached from the nearest major cities, namely Tokyo and Zurich respectively, in a one and a half hour train journey. Both Graubünden and Hakone are tourist magnets that attract guests from all over the world. And for both areas, the railway is the tourist lifeline. "When we are there, it has an enormous impact on Japan and beyond to many Asian countries," Blättler continues. Switzerland Tourism – almost the third sister in the group – is responsible for putting the Bernina Line and with it the entire RhB into perspective in Hakone. So when the Asian guests see a small version of the Bernina Line in Japan, they can hardly wait to see the original. And they can see the original in the most beautiful region of Switzerland. Switzerland? No, even better – in the most beautiful area in the whole of Europe. In Graubünden. 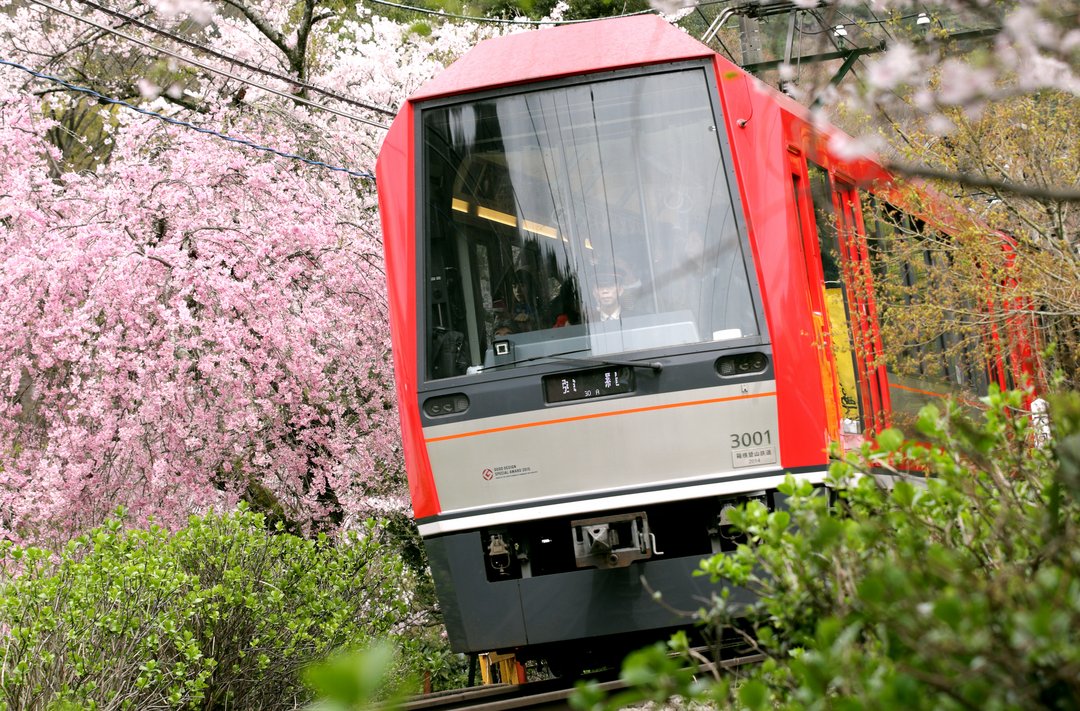