Simon Schmied worked as a train driver in the Bernese Oberland. Thanks to a cooperation between RhB and Jungfrau Railways, he joined RhB. Find out now what this collaboration is all about and why Simon decided to make the transition.

1 Why did you switch to RhB?

2 Did you leave your home to change jobs and now live in the Swiss canton of Graubünden?

Exactly. I now live about 2.5 hours away from my friends and acquaintances in the Bernese Oberland. But that doesn’t bother me, it’s not “out of the world” or anything. On the contrary, I often travel to the Bernese Oberland on my days off and visit them. In addition, the topography is very similar. There are mountains and lots of nature in both places.

3 You were already a train driver, so why do you still have to do another apprenticeship with us?

Hmm, do you want me to explain everything? Well, the new training is necessary because I changed category from B60Z to B. In addition, RhB has a different system and different (implementation) laws. The training also helps me to get to know the railway, the lines and the topography. I started in October and will be finished by the end of June. But my training is shorter because I’m already a train driver and I’m actually just retraining.

4 Is it not a step backwards from “Top of Europe” to “Top of Graubünden”?

No, not at all! However, it is already very difficult to make comparisons because everything is different here at RhB. In addition, the Jungfrau Railways are private and RhB is not.

5 What is the biggest difference between Jungfrau Railways and RhB?

Behind closed doors we would say: “From a toy train to a real train.” This mainly relates to the size of RhB. RhB owns more vehicles, has more kilometres, is more complex and generally larger. Jungfrau Railways mainly manage the two lines “Interlaken-Grindelwald-Kleine Scheidegg-Jungfraujoch” and “Interlaken-Lauterbrunnen-Wengen-Kleine Scheidegg-Jungfraujoch.” That’s why I think the RhB network is more varied. Another difference is that I usually only transported tourists with Jungfrau Railways and fewer commuters. 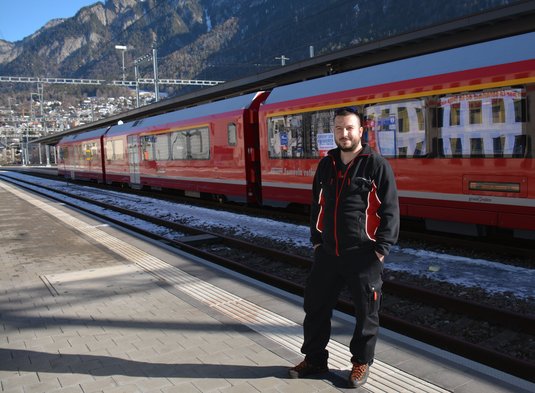 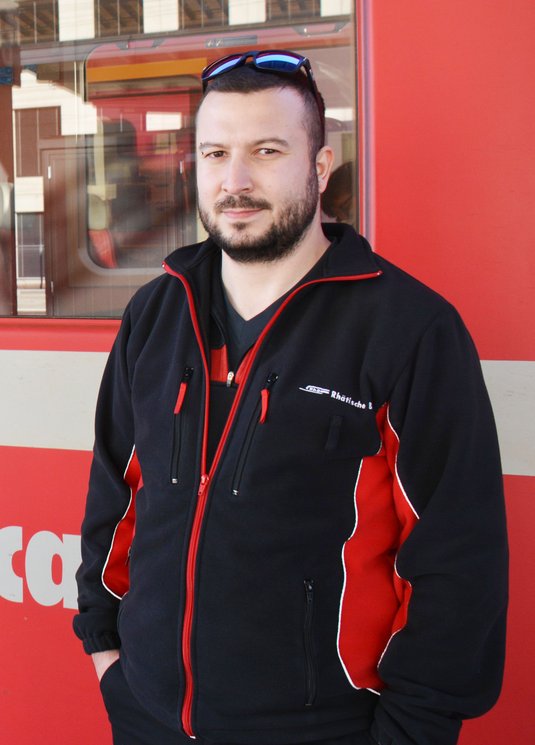 6 What do Jungfrau Railways and RhB have in common?

The most striking thing they have in common is probably that both are a railway, have the same gauge, and they travel on rails. Otherwise, there are more differences than similarities.

7 Did you travel with us privately before you switched to RhB?

Yes, as a toddler, my parents and I used to go on holiday in Arosa from time to time. The son of my parents’ former neighbours is an RhB train driver. That’s how I collected some initial points of contact with RhB.

8 What were you looking forward to most at RhB?

I was actually looking forward to everything. To the entire network, the heavy vehicles, the longer train compositions...Simply to the larger dimensions in general.

That’s hard to say. I think they are all rather beautiful to be honest. I’ve gained so many new impressions so far and don’t have any preferences yet. However, the Albula Line is beautiful. I’m always impressed by the view!

10 What is the most special moment you have experienced with us so far?

I was given a very warm welcome and that made me very happy! And then, of course, when I was actually allowed to drive a train myself for the first time around four weeks ago. This, too, was an indescribable moment for me.