The legendary Ge 6/6 I locomotive, also known as the RhB Crocodile, is celebrating its 100th anniversary. We have tapped into the expertise of retired RhB employee and rolling stock expert Gian Brüngger and uncovered five exciting facts.

The first six Ge 6/6 I were purchased in 1921. They served as reinforcements for the rather weak 1’D1‘ locomotives on the mountain routes from Landquart to Davos and from Chur to St. Moritz. RhB had previously checked the suitability of various other types of locomotive. The Ge 6/6 I were chosen for their bogies and easier cornering. The first six Crocodiles were joined by four more in 1922, two more in 1925, and the last three in 1929. 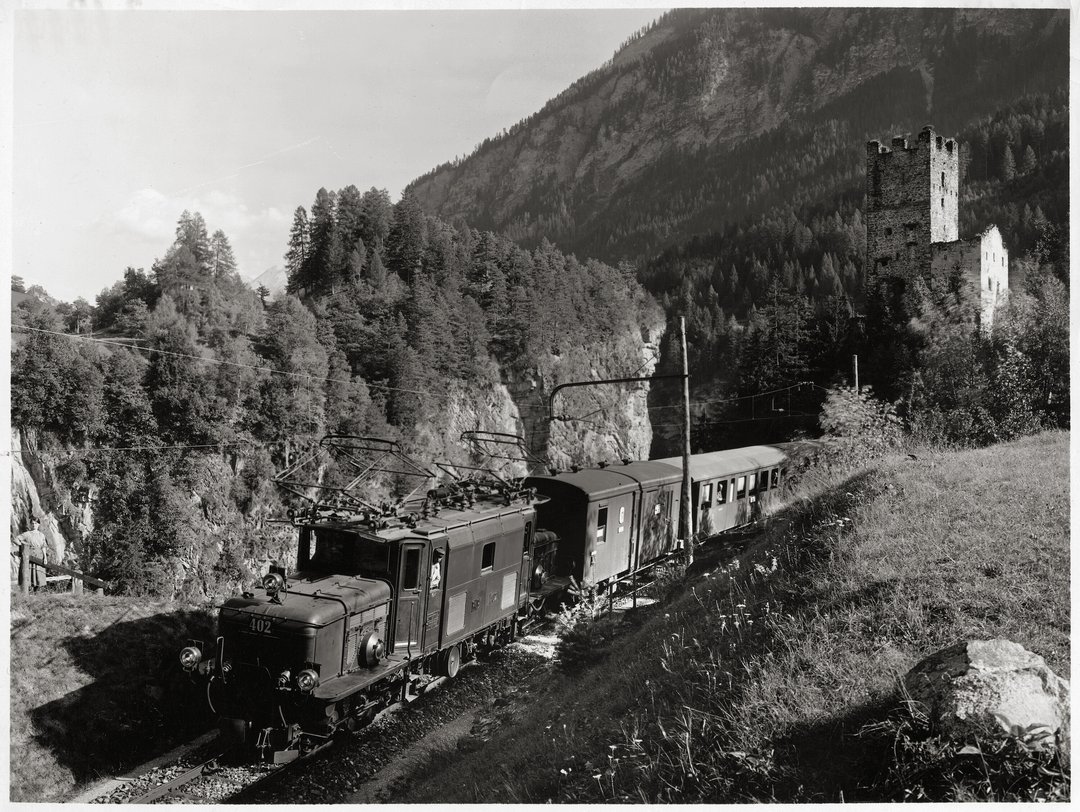 The last Crocodiles were accompanied by a saloon car.

When purchasing the last three Ge 6/6 I models, RhB was able to negotiate the budgeted price down by CHF  90,000. RhB used the money the company had saved to purchase the saloon car Asalon4ü 61 (now As 1161). It was used as a reception coach and was intended for the Engadin Express Chur – St. Moritz (London – St. Moritz). In the summer of 1930, Gustav Bener, RhB Director at the time, drove the coach from Chur to Zermatt for the first time in order to take part in the inaugural trips of the Glacier Express. That’s why the As 1161 is still called the “Bener coach”. 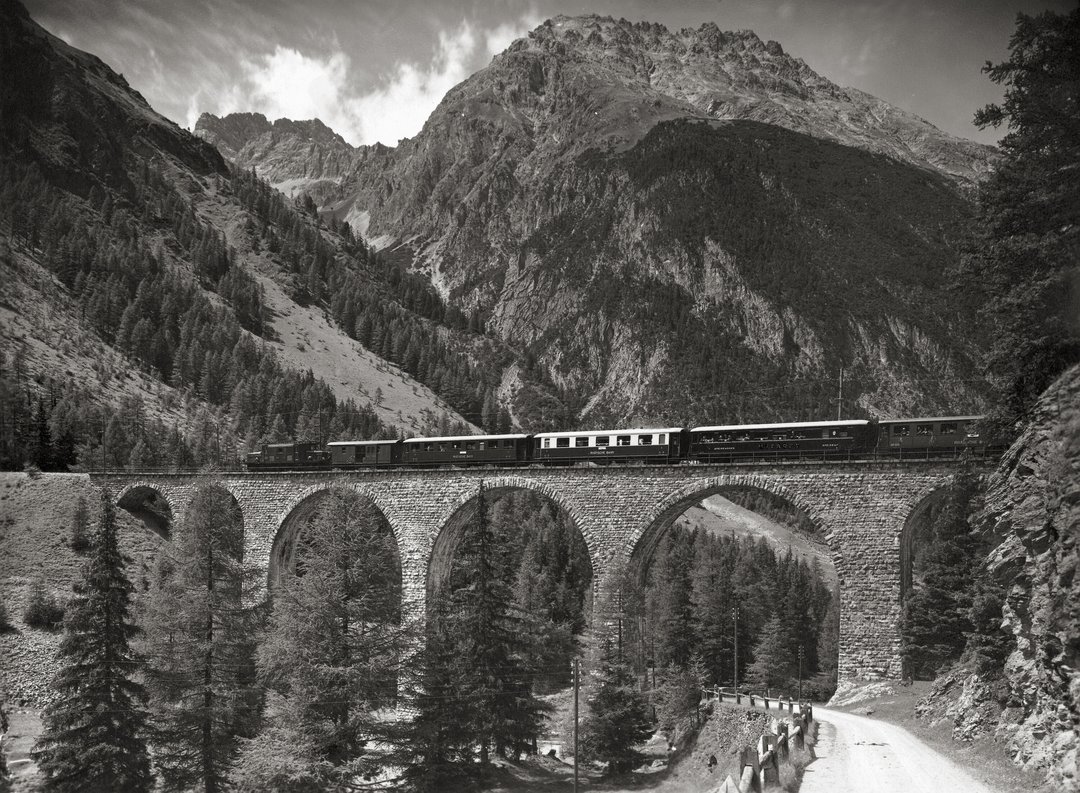 The name “Crocodile” was established at the Swiss Museum of Transport.

At RhB, the locomotives of type Ge 6/6 I were officially called C’C’ or C-C until 1975. The SBB locomotives Be/Ce 6/8 with their large front end were called Crocodile. At a Crocodile meeting held at the Swiss Museum of Transport in Lucerne in 1980, all locomotives with three joints, a large front end on the bogies and a box supported by bogies were referred to as “Crocodiles”. 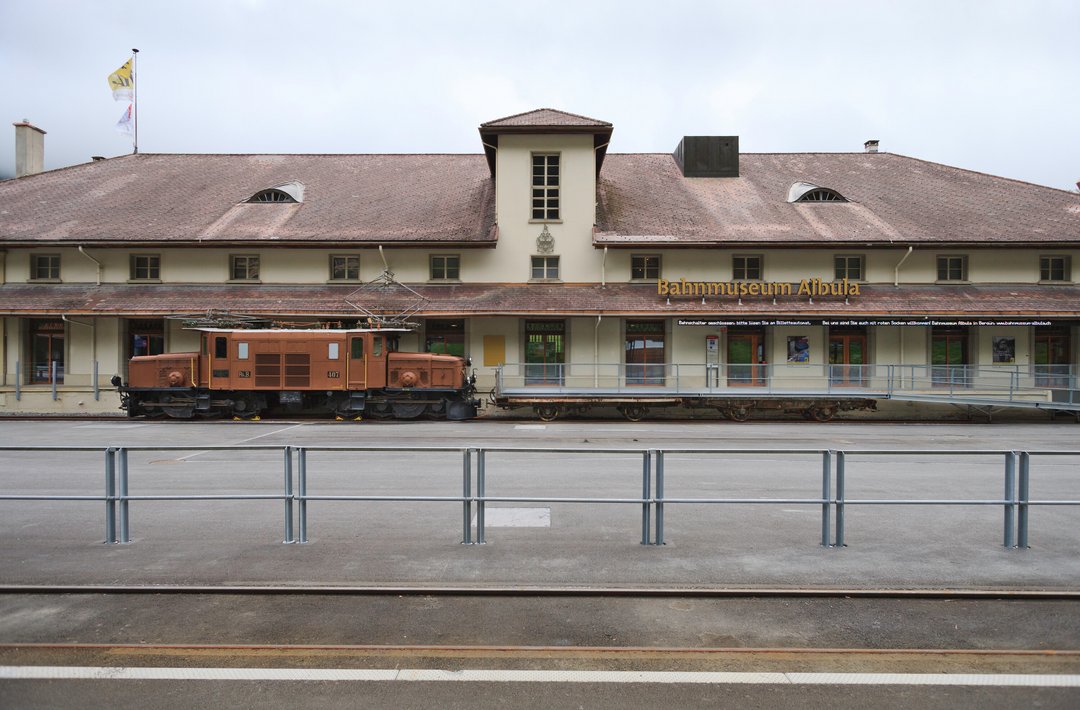 The Ge 6/6 I can be admired not only in the Museum of Transport, but also at the Albula Railway Museum.

No Crocodile has ever been RhB red. But there was a cobalt blue one.

RhB did not paint any historic vehicles red unless they were red from the very beginning, such as the 501 railcar. The Crocodiles have always been brown since they were delivered. Only the Ge 6/6 I 412 was cobalt blue from 2005 until its decommissioning in 2008. A special story for Gian Brüngger: “About six people from historic RhB were at a trade fair in Nuremberg. When we said goodbye to Günter Kopp, Head of Sales at LGB, he had a model of a blue Crocodile behind him on the shaft. He told us that if we had an original in blue, he could sell the model better. Someone then came up with the idea of painting a Crocodile blue to mark the 75th anniversary of the Glacier Express in 2005. And that was what happened.” 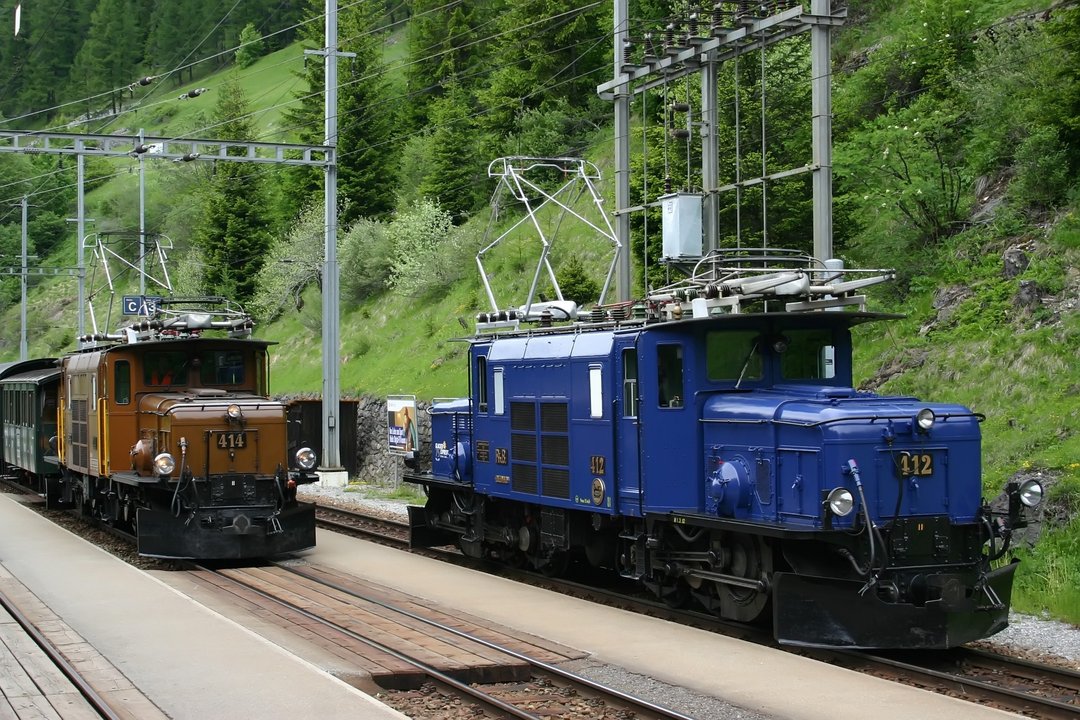 The greatest similarity with the SBB Crocodile is the drive.

Although the dimensions of the RhB Crocodile (Ge 6/6 I) and the SBB Crocodile (Ce 6/8 III) are remarkable, their external appearance is very similar. The greatest thing the two locomotive types have in common is the SLM tilting rod drive. 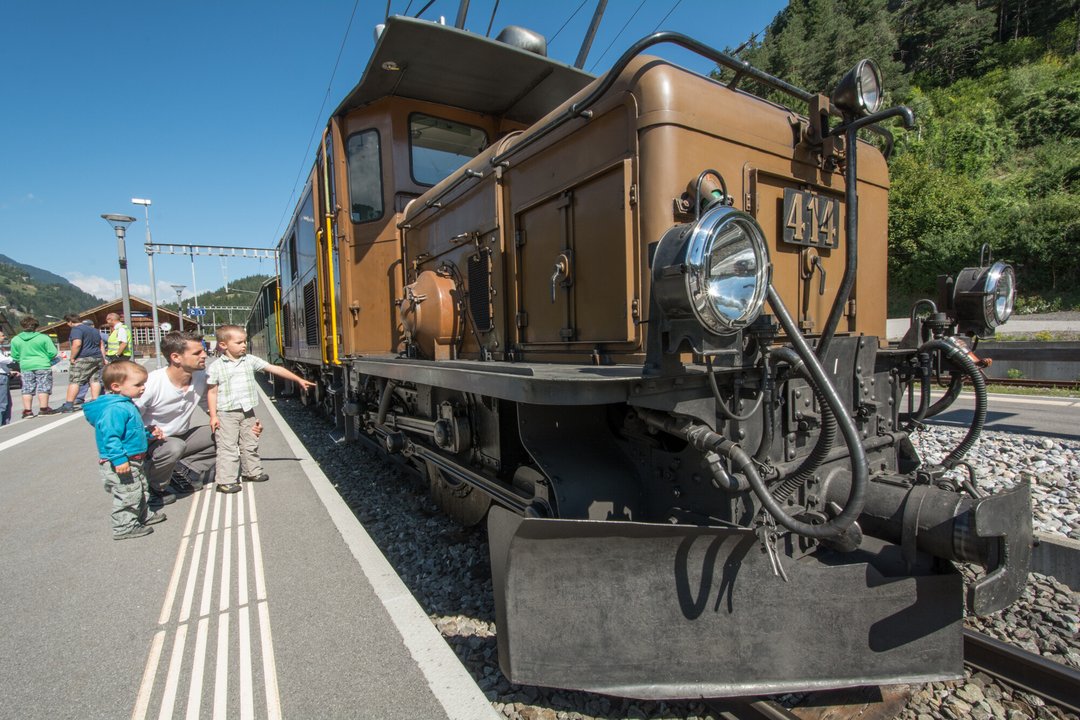 The historical trips between Davos and Filisur allow a good view of the SLM tilting rod drive at the train station.

Want an exclusive experience of the RhB Crocodile? Then take the opportunity at the anniversary event with RhB Crocodile and SBB Crocodile on 12 September 2021: book a limited number of seats now.

For all those who can’t make it to the anniversary event: the Crocodile regularly makes historical journeys between Filisur and Davos.

And you can find out what it’s like to drive a Crocodile as an engine driver in our blog post from May 2012: Ten questions for: Dominique Reichenbach, practical trainer for train drivers