Two days a week from 14 July to 12 August, you will have the opportunity to take a return trip on the nostalgic Bernina Line from Pontresina to Alp Grüm.

They were in operation almost every day on the Bernina Line for an impressive 100 years. The first-generation railcars were built between 1908 and 1911. The vintage cars are now set to run two days a week from Pontresina to Alp Grüm and back from 14 July to 12 August. The idyllic journey aboard the Bernina nostalgic coaches is both historic and spectacular. The views of the Morteratsch Glacier and the world-famous Montebello Curve demonstrate how the railway pioneers kept the discerning traveller in mind when designing the route. The train continues on its way past the lakes of Lago Bianco and Lej Nair over Ospizio Bernina, the highest point of the RhB network at 2,253 metres above sea level, up to the Alp Grüm, a restaurant unique in being accessible only by railway. You can experience this delightful journey for the price of a standard ticket. 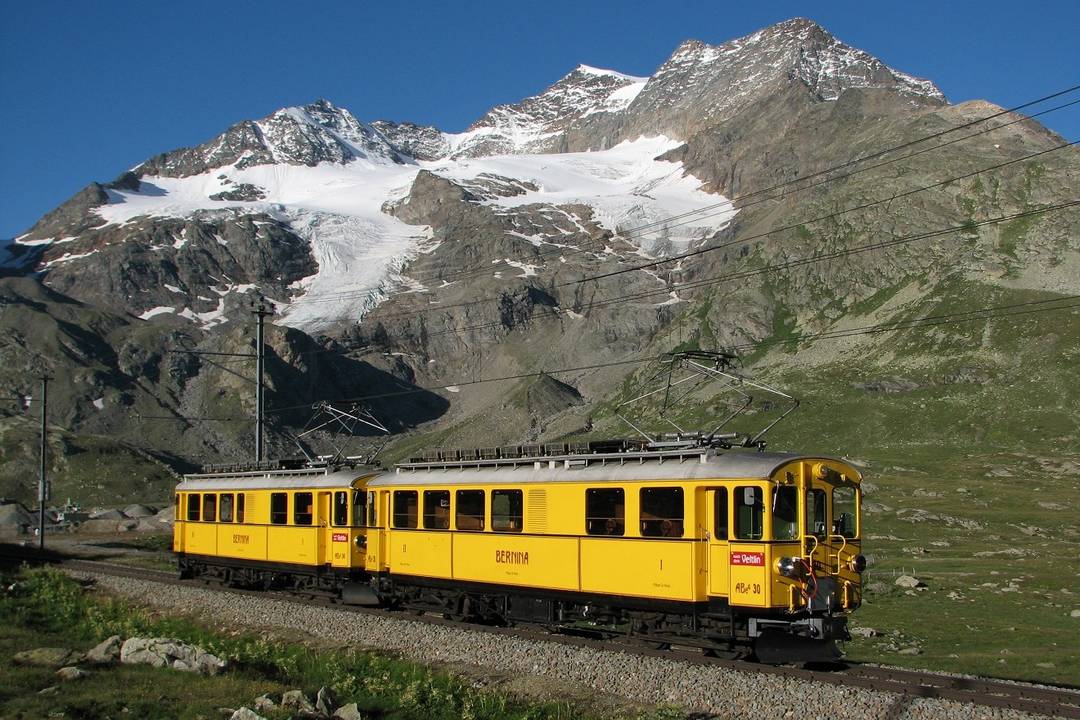 The two nostalgic railcars ABe 4/4 I 30 and 34 along the spectacular Bernina Line. The Bernina Line between St. Moritz and Tirano links Northern and Southern Europe in a most impressive fashion. For over 100 years now it has been running past mountains, lakes and glaciers down to the palms of Valtellina. The famous panoramic route is a true landmark which has UNESCO World Heritage status.
More information. 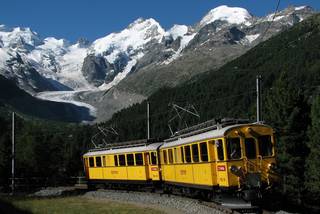 It looks like a village from a fairytale: Pontresina features both stylish hotel buildings from the belle époque era and houses in the traditional Engadin style with sgraffito wall decorations. Woods exuding the wonderful smell of Swiss pine and imposing glaciers surround the spa town, situated at 1 ,800 metres above sea level. 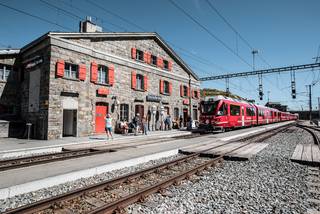 Please consider the protection concept of public transport and the regulations concerning the obligation to wear masks.

A valid 2nd class ticket is all you need to travel aboard the Alp Grüm Experience train – without a surcharge. It is not possible to travel by bike.

The Alp Grüm Experience train runs on the following dates:

The association is a charitable organisation for the preservation and operation of historic rolling stock of the Rhaetian Railway on the RhB network. More information is available at www.historic-rhb.ch

To travel aboard the historic trains you must be in possession of a valid 2nd class ticket – without a surcharge. It is not possible to travel by bike.

Buy your ticket online in our Ticket Shop.

Tickets and further information can also be obtained at all staffed stations of the Rhaetian Railway, by calling Railservice on +41 81 288 65 65, or by using the  contact form.

A fresh breeze in your face